You are here: Home » News » Product News » Latches » How to Use a Toggle Latch

How to Use a Toggle Latch

Before we start to discuss how to use a toggle latch, let’s talk about something basic that you need to know at the beginning.

As we all know, Equipments and tools plays an extremely significant role in the carpentry and industry. Among numerous kinds of tools, a toggle latch is one of the most vital tool that a carpenter or house-owner should stock. Different from the standard clamp, toggle Clamp use bolts to permanently fix the clamp to the surface of the object to be locked. It has a splint to hold objects or materials in place. For the purpose of locking general objects so they don't move and don't need to be adjusted as often. 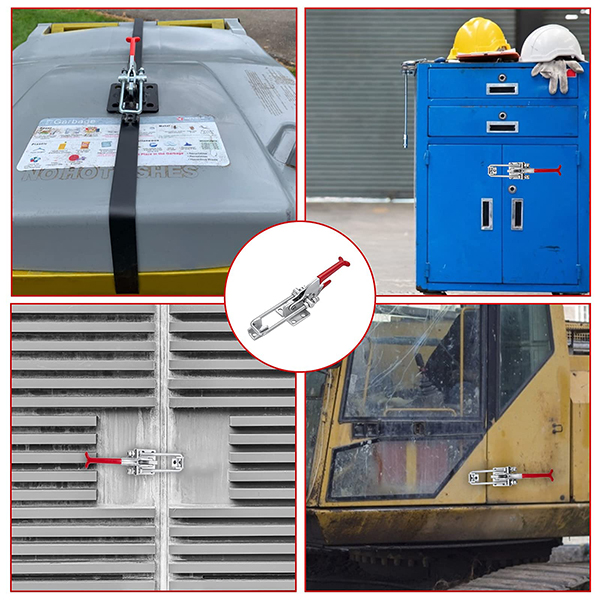 Most toggle latch have the same basic function and operation, but there are some differences depending on the type you use. Generally, your toggle clamp will have a handle, securing bar, and lever to create a system for applying pressure.

Now, we will discuss about the topic: how to use a toggle latch?

The first step in using a toggle clamp is to secure it to a fixture, removable work surface, or table. The base will have distinct holes for holding the clamps in place. Once fixed, you should be able to pull the toggle clamp without any movement. 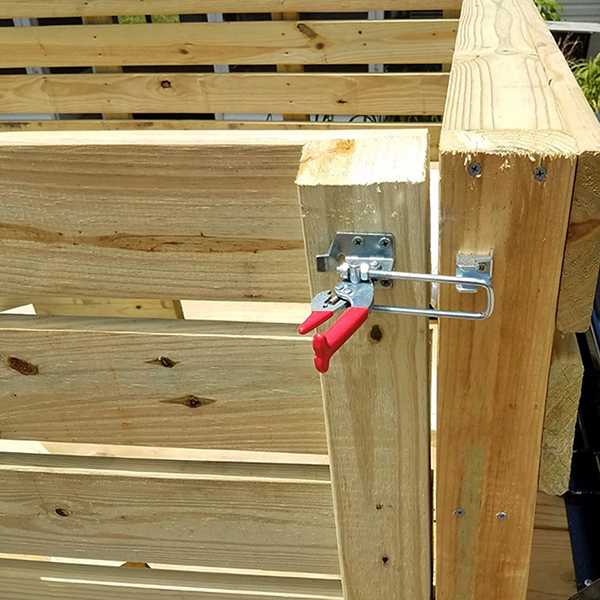 A toggle clamp is simple to use, but makes up a fairly complex arrangement of components. The interior contains a combination of levers and pivot pins, all of which are connected together.

Most toggle clamps are made of galvanized steel, which makes them incredibly durable. The red rubber grips are spread use in almost every brand and are designed for convenient and comfortable use.

When the lever is engaged, the link expands or compresses, applying power and moving the cleat. Once the handle is completely engaged, the collet will lock into position.  Unless you happen to hold it vertically with the push-pull clip, It keeps close until the lever is released. Your handle will move up and down to engage the clip.